Our Practice Revolves Around You

When situations in your life necessitate the guidance of a skilled legal professional, it can be a stressful time. We understand that selecting a lawyer can seem like a daunting task. It is our goal to build a strong attorney-client relationship by providing personal attention, honest answers, and prompt communication at every stage of your case. Trust our staff of dedicated professionals to focus solely on your best interests. Our attorneys have decades of combined experience guiding clients through situations centering on business, real estate, probate, estate planning, divorce and general litigation issues.

Clients trust our attention to detail, thorough preparation and our depth of legal knowledge over a broad range of issues.  Do not hesitate to schedule a free consultation with a lawyer at our Farmington Hills, Michigan, offices. 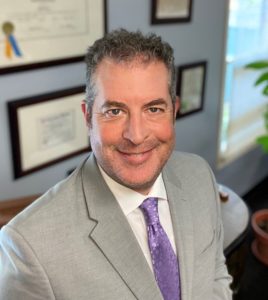 Dan began his legal career practicing corporate and securities law in two of Michigan’s largest law firms. As he progressed in the law, Dan’s interest and focus evolved to the laws surrounding estate planning, asset protection, and business succession planning. To pursue this passion, Dan left large law firm practice after 5 years to start The Serlin Group, PLLC, a boutique estate planning firm.  In 2008, Dan joined partner David B. Trivax to create Serlin, Trivax & Associates, a firm with a multi-disciplinary practice that serves the interests of individuals and businesses in Metro Detroit. Dan provides his clients with peace of mind through detailed and insightful planning for both businesses and individuals.

When handling estate planning issues for individuals, Dan focuses on meeting and surpassing a client’s financial, tax, and legacy planning goals. He is sensitive to the fact that client decisions affect not only the client but also the family and other intended beneficiaries.  Dan expects and demands that he and his firm provide clients with knowledgeable and effective tax, probate, and estate planning support and services.

Dan advises owners of entrepreneurial, closely held businesses on all aspects of their operations from the formation, contracts, general operations, tax and financial planning issues.  Dan specializes in business succession planning to help retain the businesses within the family or ownership group. As an asset protection planner, Dan represents many professionals in protecting their assets from the potential reach of creditors or overzealous litigation plaintiffs.

Dan has served on the board of several charitable organizations and is a former President and current board member of Kadima, a charitable organization that provides psychological services, residential options, supported employment and social activities for adults and children with mental illness.  As a result of his experience with Kadima, Dan has helped many families protect the quality of life and inheritance of a family member with special needs. Dan is also on the executive board of ORT, a charity who builds infrastructure in under-resourced communities throughout the world providing disadvantaged individuals with training and skills to meet the demands of a competitive job landscape.
​
Dan’s educational background includes a bachelor’s degree in Biopsychology from the University of Michigan as well as a law degree from the University of Michigan Law School. During law school, he was an associate editor and on the editorial board of the University of Michigan Journal of Law Reform.
​
Dan and his wife, Miry and their two children reside in West Bloomfield, Michigan.  Miry is a licensed social worker and owns and operates Michigan Senior Planning, a geriatric assessment and care management company. 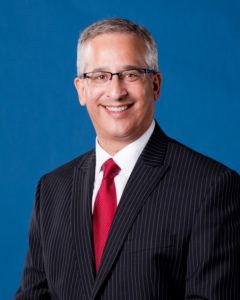 David B. Trivax is a 1982 honors graduate of the University of Michigan School of Business Administration.  In 1985, after graduating with a J.D. from Wayne State University Law School, Mr. Trivax concentrated his training and practice in the area of medical malpractice and catastrophic closed head injuries.  As a result, he became a trial litigator at Lakin, Worsham & Victor P.C. where he spent 3 years litigating medical malpractice, product liability and automobile negligence cases. Thereafter, beginning in 1992, he became a partner in the law firm of Trivax and Trivax P.C., where he continued to specialize in personal injury litigation as well as general contract and commercial real estate litigation.

Prior to starting Serlin, Trivax & Associates, PC, Mr. Trivax spent six years as a partner in Dickow and Trivax, P.C. and then two years as partner at Evans and Luptak, P.L.C., where he was responsible for complex commercial litigation, including construction litigation, mortgage fraud litigation, commercial real estate litigation and asset protection litigation.

Since 1992, Mr. Trivax has also served as a private arbitrator for personal injury, no-fault insurance claims and commercial contract claims in Oakland, Wayne and Macomb counties.  He also has acted as a mediator by special appointment for medical malpractice and product liability panels in Oakland and Wayne counties. 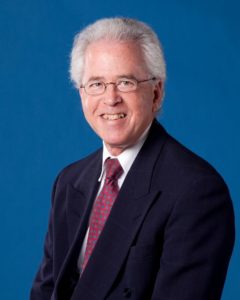 Ever since graduating from the University of Michigan Law School in 1971, Howard has practiced estate planning and tax law. Prior to becoming a shareholder in Serlin, Trivax & Associates, PC, Howard practiced law for over 30 years with the law firm he joined out of Law School, Dahlberg, Mallender & Gawne, which later became Vestevich, Mallender, Dubois & Dtitsas, PC. Howard then went on to join his son, Dan, in the practice of law at The Serlin Group, PLLC which later merged with Evans & Luptak, PLC. in 2005. In 2009, Howard and Dan split off from Evans & Luptak, P.L.C. and joined with David B. Trivax and Ryan B. Steam to form Serlin, Trivax & Steam, PLLC, which is now known as Serlin, Trivax & Associates, PC.

Howard is experienced in handling pre- and post-mortem estate planning, including the probating of decedents’ estates and the utilization of probate avoidance alternatives (such as revocable and irrevocable trusts, the retitling of assets, family limited partnerships and limited liability companies). Howard also has extensive experience in counseling clients on federal income, estate, and gift tax issues, as well as corresponding state inheritance and income tax issues.

Howard is a former long-standing member of the Board of Directors and Finance Committee for Kadima, an organization which provides residential and supportive services for adults with mental illness. He also is a former member of the Grants and Distributions Committee of the Jewish Federation of Metropolitan Detroit.

Howard has lived his entire life in the metropolitan Detroit area and now resides in Farmington Hills. His wife, Nancy, was a pre-school science teacher at Temple Israel in West Bloomfield and a parenting specialist who could be heard on WNIC radio sharing her wisdom on parenting and child-rearing questions. Howard and Nancy have two sons, Dan, a law partner in Serlin, Trivax & Associates, PC, and David, a doctor with the University of Michigan Health System in Ann Arbor and an Associate Professor in the University of Michigan Medical School. Howard is also the proud grandfather of four grandchildren, Andrew, Leia, Lucy, and Olivia.

Bryan H. Levy has served as mediator and arbitrator in more than 700 matters, primarily contractual disputes including construction, labor (wrongful termination), sales, manufacturing, automotive.  Mr. Levy has spoken at ADR seminars on mediation and arbitration and is a member of the Board of Neutrals of the American Arbitration Association.

Mr. Levy served as a Judge of the 46th District Court for fifteen years and as Chief Judge for eleven of those years.  As a district judge, Mr. Levy’s duties included jury and non-jury trials, hearings, preliminary examinations, sentencings and the preparing opinions in civil, criminal and civil infraction cases.  As Chief Judge, in addition to all the responsibilities of a district judge, Mr. Levy had the administrative authority of the court, its judges, and staff.

Currently, he is sitting as a visiting judge at the Wayne Circuit Court.  He is currently serving on the Juvenile docket but has often served in the criminal, civil and family courts.

Mr. Levy has been the chairperson on two separate committees charged with the examination of existing court rules and the drafting of new court rules. The first effort amended MCR 3.101, took two years to complete and revolutionized garnishment practice in this state.   Immediately following that project the State Court Administrative Office requested a new ad hoc committee be formed to handle an even more complicated matter involving procedures for the seizure of property. Drafting of new MCR 3.106 took five years to complete.

Mr. Levy has authored articles in various publications such as the Michigan Bar Journal, Laches (publication of the Oakland County Bar Association), Inter Alia.  He attended the University of Detroit School of Law and served on the Law Review as well as serving as the Vice Chair of the Moot Court Board of Directors. Mr. Levy obtained his Bachelor of Arts degree from the University of Michigan. 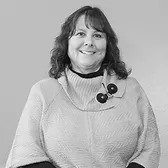